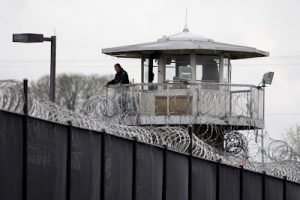 
Nationwide Criminal Records Search
How do you search out why someone is in Jail or Prison?
You can contact the Clerk of the Court to get the transcripts of the case and the sentencing where they were adjudicated or USE SEARCH FORM below
takes 25-60 seconds
Search More Information about Almost Anyone

All visiting at this facility has been suspended until further notice.